On February 18th I had the opportunity to give a talk about SQL Server running inside a Docker container in the SQL Saturday Guatemala event, more details here. I thought no one was going to attend due to at the same time Jason Horner (Microsoft Certified Master of SQL Server) was giving a talk about database performance tricks, but to my surprise some people were interested in the talk (yes, mostly developers, one DBA and one auditor), nice!.

So, I want to share the agenda with some useful reference links and I'm going to extend in the most important slide of the PPT, here it is:

The agenda was pretty straight forward and short:

I started by giving a quick tour about what Docker is and why it's, the architecture behind and some adoption details in the recent years. Here's the list of reference links:

Because there was another talk about MSSQL running on Linux I didn't focus on that and went straight to the instructions and considerations when running the container:

Here's the docker run command with a volume attached:

If you're running on Windows, you can replace

I gave some use cases that came to my mind, things that I will use to run MSSQL in a container, so if you have any other use case please share it in the comments, I'll glad to hear from the community:

I followed the "Getting Started" page for developers, but I didn't have enough time to do everything, so here are the activities we can do to practice:

Here are some photos of that day :) 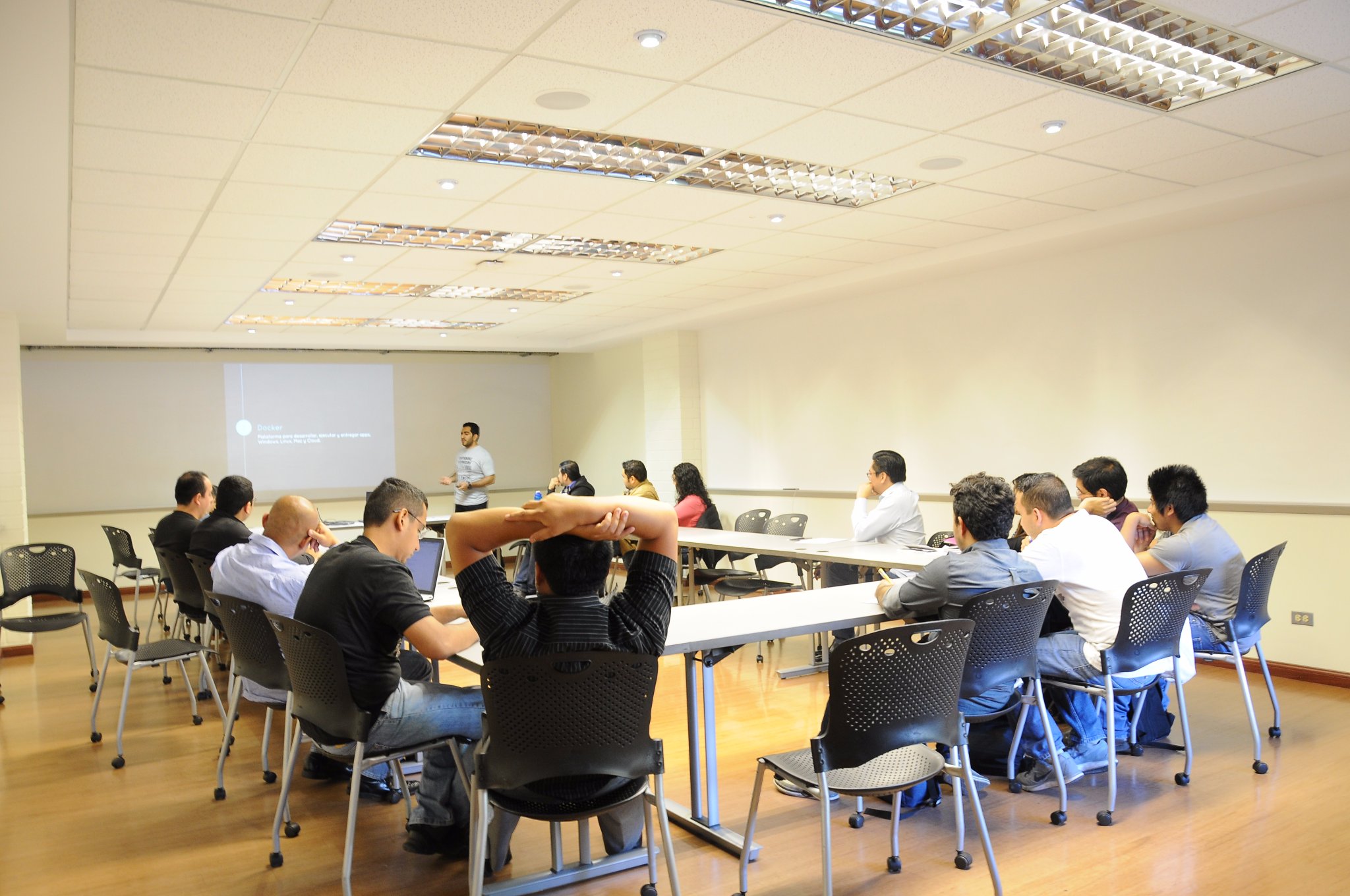 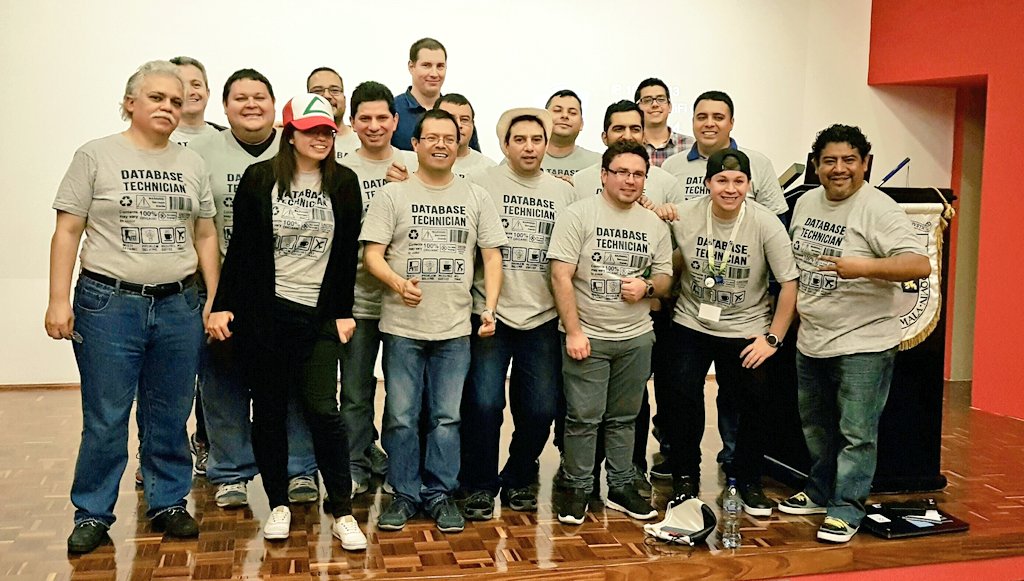 As you saw, it's really easy to get started with MSSQL for Linux using a Docker container. I present to you some use cases that came to my mind, it might exist more and others would like to discuss some of them and that's why I want to make clear that my idea is not to define a rule, I just wanted to give some examples of how I would use this combination. I'm not sure yet if I would recommend use MSSQL in a Docker container for production environments, I see it more as a fast way to experiment.

Oh yes, here's the PPT of the talk for that day (it's in Spanish): Download here